Trudeau Liberals are failing Canadians on the China file! | rabble.ca

Trudeau Liberals are failing Canadians on the China file!

It's 'high time' Canada shifted its Asia focus away from China: Japanese ambassador

Claws of the Panda

McCallum made a huge blunder

Another day another Canadian arrested in China

The South China Morning Post, citing local media, says the 61-year-old Canadian is accused of trying to defraud an unnamed entertainment company out of C$375 million.

With McCallum gone, a new “steady hand at the tiller” in Beijing as anger erupts in China

Still, observers questioned how much difference an individual ambassador can make in a country whose leadership regularly repulses foreign interventions by telling others not to interfere in its internal business. Even when Mr. McCallum last week echoed arguments from China about the politicization of the case against Ms. Meng, Beijing responded only by reiterating its demand for her release.

“With or without McCallum, I don’t think it makes a difference as I don’t think he had any effect on the situation,” said Michael Yen, a Canadian business consultant who has lived in China for three years.

For Mr. Yen, watching the events of recent weeks has been a dispiriting experience.

“The public threats from the Chinese government regarding Huawei and these arbitrary arrests have shown me that China isn’t an option for long-term business, nor for settling down,” he said.

Detention of Canadians by China was ‘retaliation’ for Meng arrest: former U.S. envoy to China

Here Are Three Scenarios for U.S.-China Trade Talks This Week

If Soros thinks Xi is an enemy of the imperialists invention called western democracy, then that should say something right there!

In other words China is now guilty of success.

Canadians need to wake up and smell the roses and realize who and what they are dealing with, and start acting accordingly.

I think the Japanese Ambassador offered Canadians some words of wisdom

Claws of the Panda: Beijing's Campaign of Influence and Intimidation in Canada

Claws of the Panda tells the story of Canada’s failure to construct a workable policy towards the People’s Republic of China. In particular the book tells of Ottawa’s failure to recognize and confront the efforts by the Chinese Communist Party to infiltrate and influence Canadian politics, academia, and media, and to exert control over Canadians of Chinese heritage. Claws of the Panda gives a detailed description of the CCP’s campaign to embed agents of influence in Canadian business, politics, media and academia. The party’s aims are to be able to turn Canadian public policy to China’s advantage, to acquire useful technology and intellectual property, to influence Canada’s international diplomacy, and, most important, to be able to monitor and intimidate Chinese Canadians and others it considers dissidents. The book traces the evolution of the Canada-China relationship over nearly 150 years. It shows how Canadian leaders have constantly misjudged the reality and potential of the relationship while the CCP and its agents have benefited from Canadian naivete. (2018-08-01)

Forbidden Nation: A History of Taiwan

For over 400 years, Taiwan has suffered at the hands of multiple colonial powers, but it has now entered the decade when its independence will be won or lost. At the heart of Taiwan's story is the curse of geography that placed the island on the strategic cusp between the Far East and Southeast Asia and made it the guardian of some of the world's most lucrative trade routes. It is the story of the dogged determination of a courageous people to overcome every obstacle thrown in their path. Forbidden Nation tells the dramatic story of the island, its people, and what brought them to this moment when their future will be decided.

I was surprised to see in what appeared to be within a very short period of time following Meng Wanzhou’s arrest at YVR Chinese protestors in Canada holding up signs demanding her release. I think this article explains what is actually going on in Canada

The US-China Trade War is not going anywhere

The battle for the South China Sea

The attention China was getting was quite proportional to its importance.

Also China growing had a lot more areas of opportunity than more established markets. There is also no evidence that these other areas were or are being ignored.

Yes this poses serious problems for Canada but the Japanese comment is misplaced.

I couldn't agree more. Our politicians need to get their respective acts together. We all saw how quickly Chinese protestors with English signage were out protesting in Canada immediately following Weng's arrest at YVR

Trudeau opens himself to political attacks over firing of McCallum 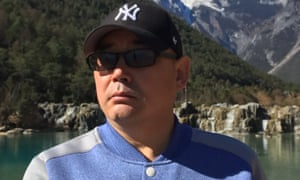 A letter written by Yang Hengjun, who is in home detention in China, has been given to the media.

An Australian-Chinese writer detained on espionage charges left a letter calling for a more democratic China, with instructions to release it if he was arrested.

Yang Hengjun, who was detained on 19 January, is being held in Beijing on suspicion of endangering China’s national security.

The letter, written in 2011, has been given to the media by a friend, the Sydney academic Dr Feng Chongyi, after it became apparent that Yang would not be released anytime soon.

He implores his supporters to push for “freedom, human rights, the rule of law, and justice to occur sooner” in China. 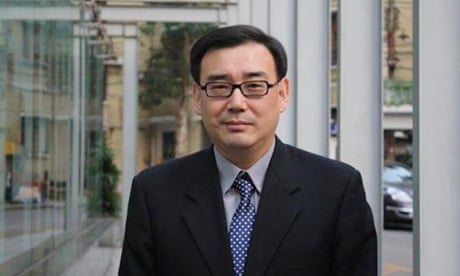 “If I can come out, I will continue my work,” he wrote. “If I cannot come out or disappear again, remember my articles and let your children read them.”

He apologised for not being honest about his earlier arrest in China in 2011, explaining that it was not due to a “misunderstanding”. In fact, he said, he had been abducted by government agents.

“If I came out and said ‘the truth’, the authorities concerned would have been intolerable for a while, however, I can no longer return to China anyway, and can no longer continue to spread … freedom and democracy – which I was already doing with some scope,” he wrote.

“I really believe that in China, spreading the philosophy [of democracy] is a vital task. I will definitely continue to use my methods to contribute to China’s democracy.”

Yang has been an Australian citizen since 2002. The 53-year-old had been living in New York as a visiting scholar at Columbia University, before leaving for Guangzhou on 18 January.

He was prevented from boarding his connecting flight to Shanghai with his wife and daughter and is said to be under residential surveillance in Beijing, which is similar to home detention.

Yes, we do if we stop buying apples from the US. And we should do just that tomorrow! The US has just dictated to Canada who our friends and enemies have to be. Only a bloody Conservative should have trouble understanding what's up with the US now.

No, Beijing needs to ensure that China isn't allowed to fall into chaos by countries like the US and Canada! Go ask Maduros how those Canadian US diplomats are helping Venezuela then get back to me thanks!